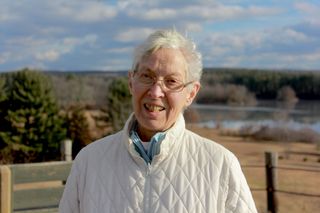 I stil provide emergency columns for this good website

Wildside has published Homeward Dove, Blood in the Water and some Anna Peters novels

The Madame Selina Stories about a post Civil War spirit medium in New York City were first published in AHMM. They  have now been collected in an ebook and are available on Amazon's Kindle.

Madame Selina is a favorite character of mine, although she was not the focus of the original story which is narrated by Nip Thompkins, formerly resident in upstate New York orphanage. He is sprung from this sad and unhealthy institution when she comes looking for a likely boy, small, smart, and agile. Nip, underfed but otherwise healthy, is declared suitable. Whisked away to the city, he assists in creating Madame's theatrical illusions and narrates what became her many adventures.

Nip, clever, practical, and definitely lacking any mystical bent, proved to be ideal for describing Madame, who, as Nip tells us, is 'willing to lie in small things' such as special effects to enhance a seance, but who absolutely and completely believes in Aurelius, late emperor of the Romans, her spirit contact in the other world

Her second series, the Francis Bacon series, presented the gay Anglo-Irish painter and bon vivant, in two trilogies, one with a mature Francis at the start of the Blitz, the other with the seventeen year old Bacon sent off to Weimar Berlin with a very funny uncle. Prisoner of the Riviera, set in a troubled post-war France, won a Lambda Award.
She has published many short mystery stories in both anthologies and magazines and her work regularly appears in Alfred Hitchcock , Ellery Queen, Sherlock Holmes, and Black Cat Mystery Magazines.

As Janice Law Trecker, she has written award-winning history books and scholarly articles, as well as journalism.

She is a semi-serious painter, who enjoys gardening, birdwatching and struggling with the violin. Some of those enthusiasms show up in her fiction.

A novel close to my heart has finally see print. Homeward Dove is a contemporary novel with strong mystery elements from Wildside. ( wildsidepress.com) Set in the old mill towns and farm country of eastern CT, it is a story about a crime and its complicated aftermath.

It begins with an almost accident. Jeff enlivens a dead end job at the Bargain Barn warehouse by ripping off modest amounts of stock. Unfortunately for him, a co-worker spots the scam and begins to blackmail him.

Out on the opening day of trout season, Jeff meets her by chance on an isolated riverside path. They argue, she rams the stroller she's pushing into his leg, and he strikes her. She falls awkwardly, receiving a fatal head injury. There are no witnesses except for a toddler, too young to speak.

But sooner or later, he will. 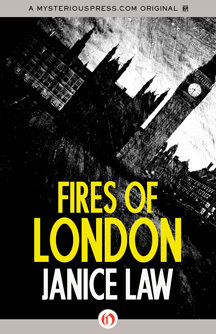 Four of the Francis Bacon Mysteries, the earlier Fires of London, Prisoner of the Riviera, Moon over Tangier and the first of the younger Bacon mysteries, Nights in Berlin, are now available in audio book from Audible.

Fires of London begins with the Blitz when Francis is an ARP warden living with his old nanny and making ends meet as a gentleman's gentleman and running a clandestine roulette game. Prisoner of the Riviera takes place in an unsettled France post war, and Moon over Tangier in North Africa which Francis unsettled by his beloved Nan's death.

Nights in Berlin goes back in time to when Francis, a boy of 17, is stranded in Weimar Berlin with a full cast of rum characters.